“It’s practically impossible to look at a penguin and feel angry.” 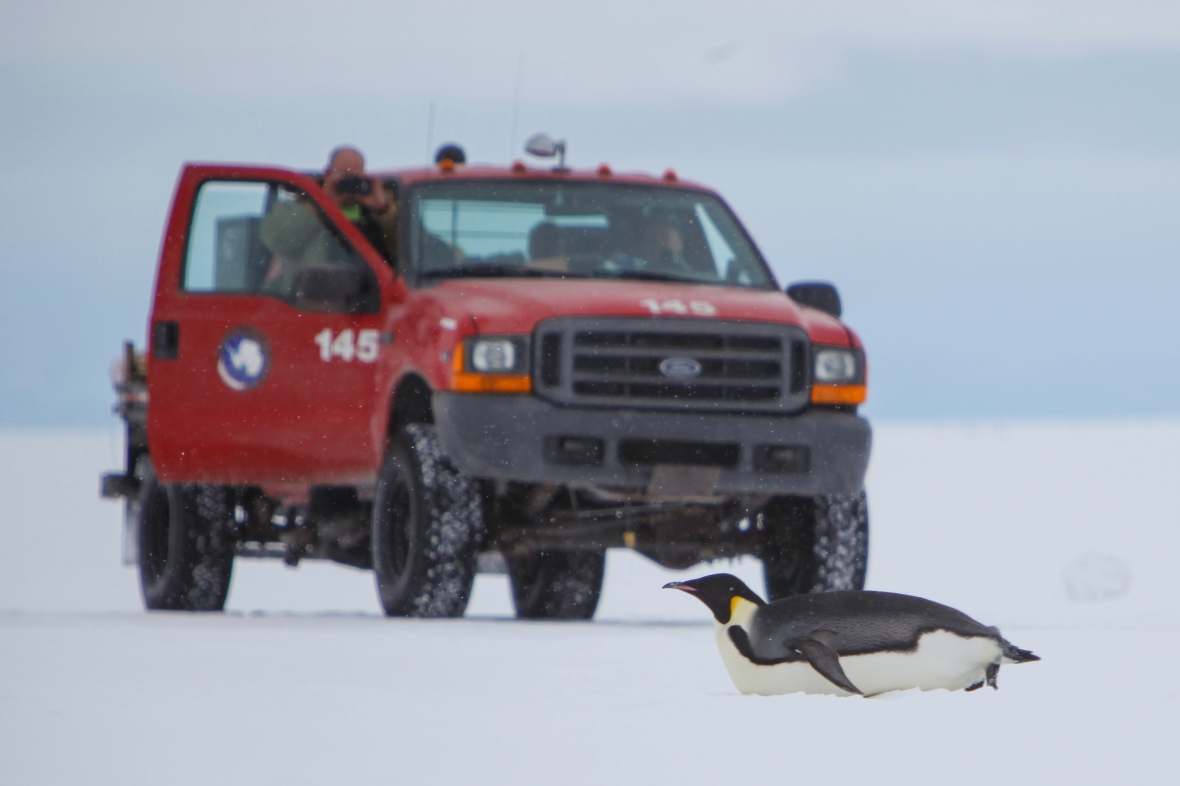 Wildlife crossings here don’t have signs, they are usually marked by red trucks instead. It isn’t often that Emperor Penguins make it this far up the ice shelf, but it is always a treat when they decide to stop by.

Robert Scott noted that Emperor penguins have the hardest life of any animal on the planet. They endure temperatures down to -80°F in the winter, which they go through without food. In the summer when they return to the water that often below freezing, they are hunted by Orca. They are quite clumsy on land and can often be seen falling over, which is perhaps why they prefer to slide on their bellies. Maybe that is the reason that people find them so fascinating, the adorable struggle. 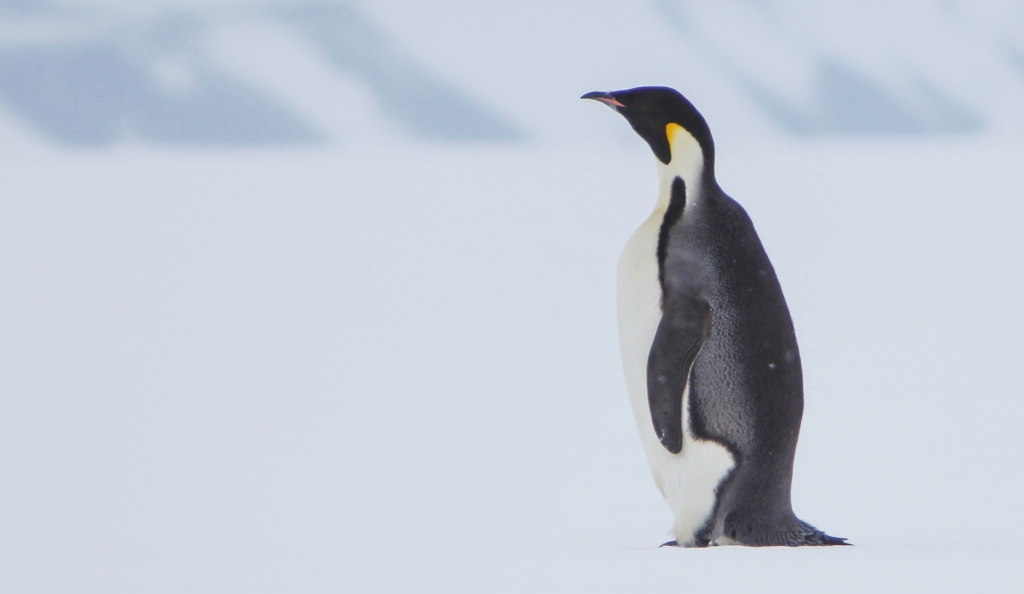